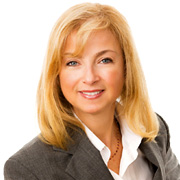 Kira Makagon
Executive Vice President, Innovation
Lean In: The Good and the Bad

Kira Makagon is a serial entrepreneur and seasoned executive who has co-founded several technology companies, including participation in successful IPOs with Scopus (NASDAQ: SCOP) and RingCentral (NYSE: RNG). After completing a degree in Computer Science at UC Berkeley, she joined relational database startup, Ingres, which was founded by database research pioneer Michael Stonebraker along with several of her university professors. It was here in the early stages of the Silicon Valley startup culture that Kira formed the foundational skills that would help build innovative enterprise software solutions for small and large businesses. Kira went on to co-found startup companies that later saw successful exists, including Octane, acquired by E.piphany (NASDAQ: EPNY) for $3.2 billion, and RedAril (acquired by Hearst).

Her wide breadth of knowledge within the technology sector includes experience building multiple break-through industry solutions and companies, garnering a reputation as a leader in technology development and business management. Kira has worked with entrepreneurs, executives, and teams ranging from those built in her garage to those with 500+ employees and growing.

Today, Kira uses her expertise to guide entrepreneurs and early stage startup companies in mapping initial business plans and exit strategies, and serves on advisory boards of several disruptive technology companies. Passionate about innovation, Kira is a leader and role model for young women encouraging them to shatter gender perceptions by pursuing technical roles in the industry. She holds a Bachelor of Science in Computer Science from UC Berkeley and an MBA from the Haas School of Business at UC Berkeley.