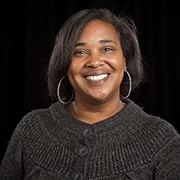 Vernita Todd joined Health Center Partners of Southern California in 2016. In her role as senior vice president, her priorities include developing actionable relationships among both elected officials and their staffs at all levels of government and ensuring members have a seat and a voice at the table for emerging policy discussions and issues impacting primary care with the California Primary Care Association and the National Association of Community Health Centers.

Todd is a member of the National Association of Community Health Centers, and in 2014, she won its Elizabeth K. Cooke Advocacy MVP Award. Previously, Vernita served 10 years as CEO of the Heart City Health Center in Elkhart, Indiana, and is the President/Founder of the Human Capital Group, which works with nonprofit organizations in strategic planning and change management. During her tenure as CEO of Heart City Health Center, Todd sat on numerous boards, most recently as chair of the Indiana Primary Health Care Association, vice chair for Oaklawn Psychiatric Center and board member for Goshen Hospital.