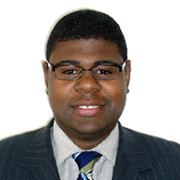 Douglas C. Freeman is the Chief Diversity Officer (CDO) at Gold Coast Health Plan (GCHP). As CDO, Mr. Freeman is responsible for all aspects of the Plan’s diversity initiative. Under the administrative direction of the Ventura County Medi-Cal Managed Care Commission (VCMMCC), Mr. Freeman is tasked with ensuring that the Plan offers a workplace characterized by a culture of inclusion, engagement and high performance, and that the organization reflects the member community that it serves.

Mr. Freeman joins the Plan with more than 17 years of Diversity and Inclusion (D&I) management consulting experience for some of the world’s leading organizations. Prior to joining GCHP in March 2017, Mr. Freeman served as the Managing Partner of Virtcom Consulting, a global diversity consultancy in New York.

In that role, Freeman founded the World Diversity Leadership Summit, which in 2004 trained more than 3,500 executives to become diversity innovators. Mr. Freeman earned a Bachelor of Arts in Political Science from the University of California at Berkeley and a Master of Public Policy focused on International Trade and Finance from the John F. Kennedy School of Government at Harvard University.